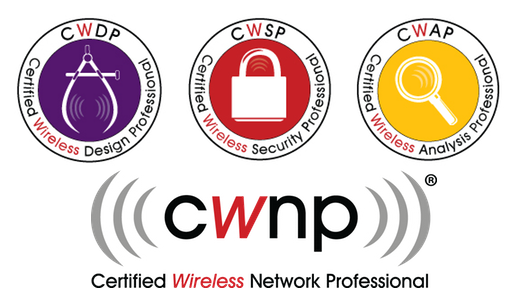 So if you have been reading my blog for awhile you know that I’ve had this goal of becoming a CWNE where I made my first post about it back in August of 2012. Today I’m glad to say that after a VERY LONG 3 months of hard core studying I am eligible to submit my application. I’ve been reading the books off and on for the past couple of years working towards getting my CWNE number but recently I got a kick in the pants by someone who I have nothing but respect for in our industry: Keith Parsons. When you email Keith asking him if he meant to include you on an opportunity open only for CWNE’s with the response of “I’m not a CWNE though” and his reply is “I thought you already were” you know it’s time to get off your rear and make it happen.

So like I said, I’ve been reading the books for awhile but I decided in September 2014 is the year, I will make this happen. I scheduled my CWDP for end of Oct, CWSP for mid November, and CWAP for mid December. A HIGHLY aggressive schedule I wouldn’t recommend for anyone. I stayed up late every night I was home and not traveling until 3am, some nights I didn’t even go to bed. Of course this also meant I spent most nights sleeping on my office floor so I wouldn’t wake the kids/dog/Amie (I love you for supporting me!). I was a little perplexed and deflated with the CWDP result as I thought for how much I was studying I should be much higher, but the truth is it seems these exams are designed to be HARD and put your brain to the test. If everyone was scoring 85% or greater maybe it’s too easy? Accepting that just cause I didn’t score extremely high didn’t mean I didn’t know the material I dove right into CWSP, spirits were lifted much higher after that score report! Finally I decided I needed a little help gluing everything together that was outlined in the CWAP so I decided to attend Robert Bartz’s CWAP class he teaches through Eight-O-Two Technology. Robert did a great job of filling in the missing pieces that weren’t quite clicking in my brain as I read it.

And thus ends my testing journey, now it’s time to get the application sent in and await that number that will be hopefully given to me. Again I wouldn’t necessarily recommend anyone else to run this gauntlet, it’s demanding and takes a lot out of you. While I’ve passed the tests there are still areas I plan on going back and reviewing to continue to fill in the gaps that are still there.