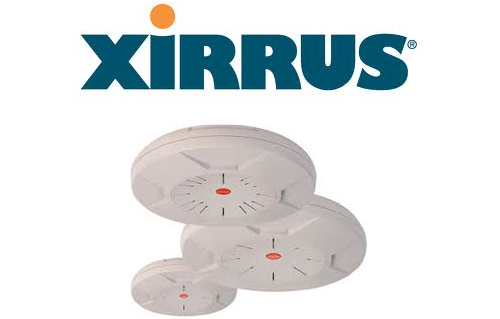 Xirrus started off with a statement, “Traditional wireless is reaching its limits.” With Xirrus you have a wireless array, multiple APs in a single chassis. You can have anywhere from 2 to 16 radios in an array. They also have three outdoor models as well that can support up to 16 radios. The solution is completed by a switching platform enabling a unified access if you will including a wall jack switch.

So what is the Xirrus difference?

They claim a TCO reduction by having less equipment, less infrastructure, lower installation and labor costs, lower maintenance costs, and less power consumption. This is primarily all driven simply due to the 50-75% few APs per site they claim and the fact there is no controller. I agree that that TCO reduction is there but at what costs to the design? Xirrus also has a modularity concept allowing for you to purchase an array enclosure with say 4 radios today, then come back and upgrade them to more later. This will also play nicely with an 802.11ac upgrade path providing their radio modules will go into your array.

Xirrus provides spectrum optimization which allows for a flexible design. One could use 3 arrays for 21 5GHz channels but limiting 2.4GHz to maybe 3 radios only. A traditional AP design would be 21 APs, now one could pick and choose which APs are not broadcasting 2.4GHz to clean up that frequency.

Xirrus is built on a distributed intelligence having a cloud based management platform with each array partaking in various control and management aspects.

Xirrus has a built in application control supporting close to 1200 various application signatures allowing a flexible policy control for blocking, throttling, or applying QoS to the apps.

One of my concerns with the Xirrus array is what’s going to happen to your uplink if you are only using a single ethernet. With 16 radios what happens to your throughput? Xirrius provides a 2.5Gbps PCI bus for each module slot to get you into the silicon quickly. Once there you are offloaded onto potentially up to a 4Gbps wired backhaul. Depending on the client traffic this could get overloaded fairly quickly if people are heavy on streaming and multimedia services.

I have to applaud Xirrus for putting themselves out there and letting us ask them some of the tough questions about their solution. You’ll definitely want to check out the video once it’s posted up at TechFieldDay.com as I just couldn’t type and digest the conversation at the same time!