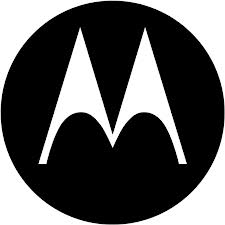 I’ve come across Motorola a few times but primarily it is solely for their AirDefense WIPs system. It’s very rare if I come across them as a WLAN client access medium.

There has been an evolution of WLAN architecture for Motorola similar to what others have gone through in their lifespan. First it was independent and standalone. This was limited mobility, difficult to manage, limited security. Next was the hub and spoke methodology. This filled the need for larger scale affordable networks. Finally with the WiNG5 architecture there is a distributed methodology. This allows for a more robust, affordable way to handle higher network demand. They are bringing more intelligence to the edge. At the edge there are many features typically handled by a controller such as Security (Wired & Wireless firewall, IDS/IPS), Performance (QOS, L2/L3 Roaming, SMART RF, load balance), Survivability (DHCP Server, AAA), and Management (Locally managed firmware updates and configurations, troubleshooting). But I wouldn’t call this a controller-less solution, this is more of a hybrid and cooperative control than anything.

Motorola has quite a few different APs that allow for software defined radios making it so that you can run client connectivity on the 5GHz while operating a sensor on the 2.4GHz. This is a feature that I wish a lot of vendors would allow. Many times we need to have high density for 5GHz which creates a crappy 2.4GHz network. The ability to switch a few 2.4GHz radios to monitor or listen mode would be great.

While this is a distributed design there are still controllers involved, such as the RFS7000 which is for HQs and large sites supporting up to 1024 APs, or the RFS6000 for medium sites supporting up to 256 APs, and finally the RFS4000 branch controller supporting 36 APs. Motorola has done a good job it seems of allowing you to provision and purchase only the number of AP licenses that you need to run. If you need 100 APs you can get a RFS6000 that supports 100, you don’t waste money purchasing capacity that you don’t need. Another licensing fiasco that most vendors do is charging you for HA, Motorola features a $0 HA license, it only costs you the hardware purchase.

One of the features that I really like about Motorola is the Zero Touch Provisioning. This allows provisioning profiles to be defined that automatically place APs into certain sites based on the certain information in the join request such as CDP, LLDP, VLANs, etc. When the controller sees a join request containing a hostname for example that was set in the provisioning profile a certain config will be applied. This is great for multiple retail sites that go back to the same data center controller.

The other really cool feature that I saw was their remote debug option. Say you have a client that is acting up or having issues, when you issue the debug client command it can be RF-Domain wide, this means that you don’t need to find what AP the client is on and if the client roams the data follows. Think of this like an SNMP trap message when the AP sees the clients MAC it knows to capture the packets and send to wireshark for example. Remote debugging is huge for me, it means I can stay home more and not be on the road so much!

I enjoyed Motorola’s presentation and I think they have some neat features, I’d like to see them in more environments such as enterprises that requiring a lot of roaming across hundreds of APs. Their market today is retail, this is really where I see them only. I think they have some good features for other verticals such as hospitality if the costs are right. Everyone in wireless knows that hospitality is probably one of the hardest markets to make it in. That market is full of pushing packets with very little features and small costs. I’ll keep an eye out to what Motorola is up to this year.