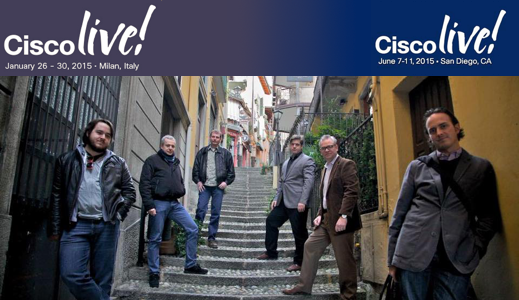 I’ve been fortunate to be a part of an awesome group called Tech Field Day which has given me some amazing opportunities, one of those was being able to attend #CLEUR Milan this year. I’ve been attending Cisco Live in the state since 2008 when it was in Orlando. I was able to join by attending the Mobility Partner Summit which was being held at the same time. Cisco Live is an amazing opportunity for not only training but also for networking with others. The experience is like none other and I highly encourage everyone to attend it at least once. Last year in San Francisco there were 25,000 attendees, which is about 10,000 too many for San Francisco! San Diego is a decent convention center so hopefully if the numbers increase again this year it’ll be able to handle it. The largest difference between #CLEUR and #CLUS was the size. In Milan it was a much smaller event, didn’t take long to walk World of Solutions, never felt completely crammed.

What You Should Know…

There are a few things you should know prior to attending Cisco Live, this is not an all encompassing list but a good start:
[list_1]

Early bird registration is open until April 3rd which lets you save $400. The savings on the registration isn’t the only plus, you have a better chance at getting a close hotel and you’ll be able to get the sessions you want.

Ready to attend? Head on over to the information page to get registered: CiscoLive.com

While I did say it isn’t just about the parties, there is one big one: The CAE. And this year’s act is Aerosmith. While I’m not a huge Aerosmith fan I have been known to blast PUMP a few times in my years. So I look forward to seeing you in San Diego at Petco Park rocking out with a bunch of your closest geeks.