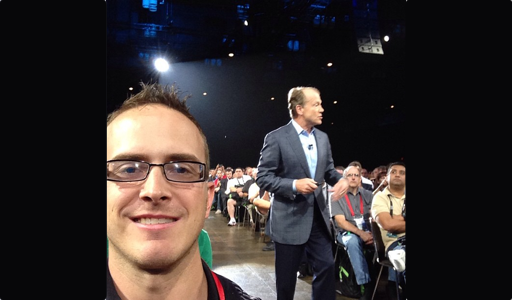 Can you believe that we are already only 5 months away from another Cisco Live event? Cisco Live Europe is happening at the end of the month already in Milan as well. Where does the time go? In case you didn’t know this year we are heading to San Francisco, one of my favorite cities, in May (kind of early!?!) for another week long education and networking experience like none other. While I haven’t registered yet, should get on that one, I hope to be able to attend. I’ve been going since Orlando 2008 which was my first Cisco Live event. I remember back thinking about jam packing my schedule with a ton of wireless sessions and wanting to attend all that I could but have realized that the event isn’t just about those sessions, it’s about the people that I’ve met over the years in this journey of becoming a networking guru. I really feel there are two sides of Cisco Live, the event and the social media groupies event. Over the years I’ve been able to meet countless twitter followers (@fryguy_pa, @networkingnerd, @dyarashus, @someclown, @bbaize, @brandoncarroll – just to name a few) that have helped me in some shape or form along the way. This social media interaction has grown from our little “Tom’s Corner” round table in Vegas to a large social media hub with a wonderful team that is very helpful during the event. Last year I tweeted that people kept tripping over a power cord that was sticking up from the floor, before the end of the session there was a cone over it. Need power? They had your back.

So as you prepare your training allocations for the year think about Cisco Live, but don’t think of it as just sitting in sessions, think about it as what it used to be called: Networkers, an event for people to as Cisco used to state it be a part of the “human network” and meet others that can help you in more ways than you realize.

More information regarding Cisco Live can be found over at http://www.ciscolive.com

I’ll leave you with a quick video about the social side of Cisco Live from 2013: